Acupuncture for Kids Even Safer Than Study Findings

There have been numerous studies to evaluate the safety of pediatric acupuncture. The most comprehensive study to date is, The Safety of Pediatric Acupuncture: A Systematic Review published in the journal Pediatrics in 2011. According the authors, pediatric acupuncture is safe when performed by properly trained practitioners.
I believe pediatric acupuncture is even safer in the United States and other countries than the study findings due to the rigorous clinical training, safety standards and certifications that modern acupuncturists go through before becoming licensed.
After reviewing the study I found that these standards were not reflected in the systematic review because much of the data for the review came out of international studies.
The serious adverse events reported were mostly caused by unqualified practitioners in other countries and were due to gross incompetence.

Here are six reasons why acupuncture is extremely safe: 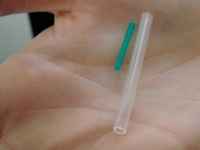 In my experience, the most common adverse reaction is a mild and brief discomfort (about 1 second) during insertion of the needle. Rarely, mild adverse reactions such as temporary bruising or swelling at the needle site occur but these are uncommon due to the special techniques used in pediatrics. In the seventeen years I’ve been involved in acupuncture, never has a single pediatric or adult patient caught an infection from needle insertion, nor have I seen or any serious adverse reactions. They do happen but are extremely rare and very unlikely if the practitioner you choose is licensed and has special training in pediatrics.

Acupuncture has been used to complement mainstream medical treatments more and more frequently in recent years. This therapy, derived from Chinese traditional medicine (TCM), has proven effective to treat chronic pain, as well as over 40 other illnesses and diseases. The practice of acupuncture and how it works remains shrouded in mystery for most people, however. Below is a brief history of acupuncture therapy that will shed a little light on this ancient healing art.
Read more
Read less
Like Reply
Chris broad
Apr 27, 2016 01:27pm